Well, it's definitely been done before but not one this scale. This is sure to be one for the books and something we can all look forward to this spring!

We've seen similar setups over the years - mostly WAY back in the day - but with Redbull and Snow Park Tech in charge of the setup this is gonna be awesome!

Red Bull Double Pipe will be 180’ wide and 550’ long, making it the largest halfpipe ever built.

With janky halfpipe conditions being a red hot topic in snowboarding right now, Red Bull has decided to take snowboarding to the next level. In the coming weeks Snow Park Technologies will be building two perfectly groomed halfpipes side-by-side. The event will be the first of its kind in snowboarding.

Dual pipes will allow the riders to transfer from pipe to pipe utilizing all that is available to them including rails, wallrides, channels and other unique features. Not only will the riders be encouraged to use both pipes they will also be judged on their style, creativity and overall use of the course.

The Red Bull Double Pipe in total will be 180 feet wide, 550 feet long and 22 feet tall with an approximate 4 foot wide spine located in between each pipe.

A hand picked list will consist of a mixture of the world's best halfpipe and slopestlye riders. The event format, schedule, and a complete list of riders will be announced shortly.

Double Pipe will air on NBC, Saturday April 12th at 2pm EST, as part of the Red Bull Signature Series.

Also, if your anywhere near Aspen head up to Buttermilk, the event isFREE to attend.

For everything Double Pipe check out the official event page. 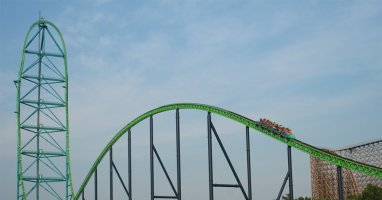