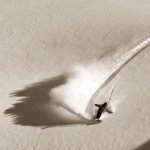 Flow is the secret to living a higher existence and with the help of The Rise Of Superman author Steven Kotler, we're bringing you a few simple concepts to get you on the fast track to accessing that state.

Kotler spent a decade researching Flow and specifically how it relates to action sports athletes - whom he believes access their flow state more than almost any other group - and has just released a fascinating book called The Rise Of Superman. In the book, Kotler alternately talks about the science of flow and uses real world examples from Travis Rice, Danny Way and other action-sport superheroes to show us the incredible potential of flow.

The entire book is extremely engaging but one of the concepts that Kotler touches on and really struck a chord with me is the idea of the "4% rule". He states that to access this magical state of flow you need not push your limits so far as to leave yourself out on a (figurative, or perhaps literal) ledge, rather you only need to push yourself four percent further than your current comfort zone. This small rise in risk and skill level is all your body and mind need to really get into the zone and focus on the task at hand. And it makes so much sense once you think about it. Four percent is the perfect happy medium between never leaving your comfort zone and pushing it so far that you are too gripped to do anything special, much less access the Flow State. As I've been shredding the hill and backcountry this past month I've noticed that in fact my most "flow like" moments have occurred precisely when I am pushing my limits just enough so that everything else melts aways, yet not too much so that I have to - for my safety - consciously think about my moves lest I risk major injury. It makes so much sense!

And that brings us to the “challenge /skill ratio,” the last of our internal flow triggers, and arguably the most important. The idea behind this trigger is that attention is most engaged (i.e., in the now) when there’s a very specific relationship between the difficulty of a task and our ability to perform that task. If the challenge is too great, fear swamps the system. If the challenge is too easy , we stop paying attention. Flow appears near the emotional midpoint between boredom and anxiety, in what scientists call the flow channel — the spot where the task is hard enough to make us stretch but not hard enough to make us snap

How hard is that? Answers vary, but the general thinking is about 4 percent. That’s it. That’s the sweet spot. If you want to trigger flow, the challenge should be 4 percent greater than the skills. In technical terms, the sweet spot is the end result of what’s known as the YerkesDobson law— the fact that increased stress leads to increased performance up to a certain intensity, beyond which performance levels off or declines. In real-world terms, it’s not much at all.

In most situations, we blow by 4 percent without even noticing. But this is not the case in extreme sports. In the big waves, big rivers, and big-mountains, a half degree of difficulty can mean the difference between home for dinner and never home again. Under these conditions, the desire for improvement keeps athletes from understepping, and the need for survival from overstepping.

This sweet spot keeps attention locked in the present. When the challenge is firmly within the boundaries of known skills — meaning I’ve done it before and am fairly certain I can do so again — the outcome is predetermined. We’re interested, not riveted. But when we don’t know what’s going to happen next, we pay more attention to the next. Uncertainty is our rocket ride into the now.

Interested in learning more about flow? Check out The Rise Of Superman by Steven Kotler, New York Times bestseller. 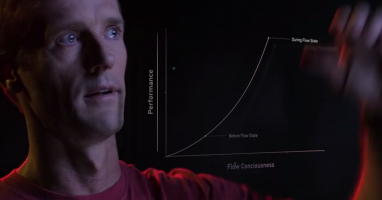 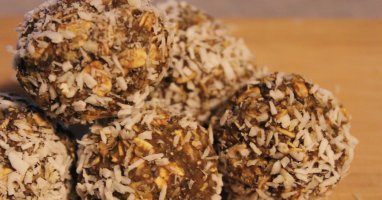 Make Your Own Homemade Protein Energy Balls for the Mountain 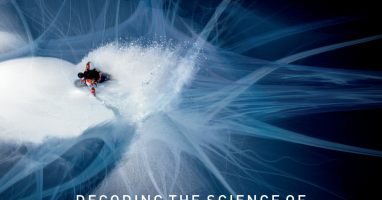 Flow 101: What Is This Powerful Force That Enables Us To Become Virtually Invincible?