New on the camping scene, Tentsile Tree Tents are epic-looking hanging tents that bring get you off the forest floor in a hybrid tent/hammock setup. These things look so rad! 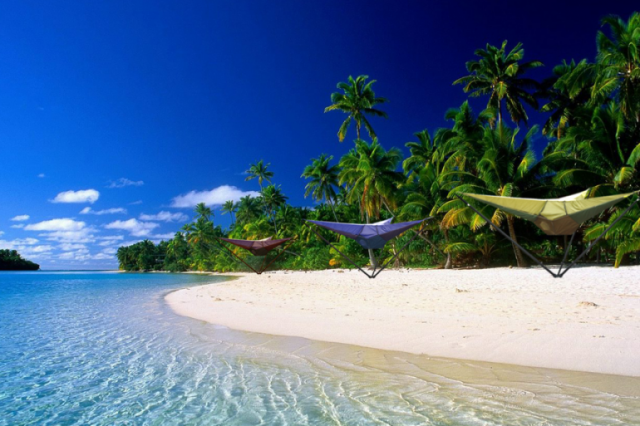 The Tentsile Tree Tents were conceived as a treehouse that you can take with you anywhere.  They offer an incredible way for you and your friends to experience the great outdoors in style, unparalleled comfort, unrestricted by ground conditions and with increased separation from wetness, bugs and other creepies. Because the world is our playground. 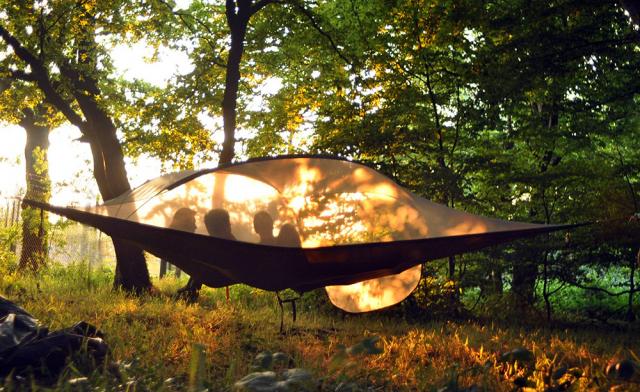 Created by UK inventor Alex Shirley-Smith, Tentsile is an ingenious portable suspended treehouse that installs much like a hammock while offering the convenience of a multi-person tent. Simply locate any three anchor points and install the tent above ground where you’re immediately clear of threats from rain and a plethora of ground-based creepy crawly things. 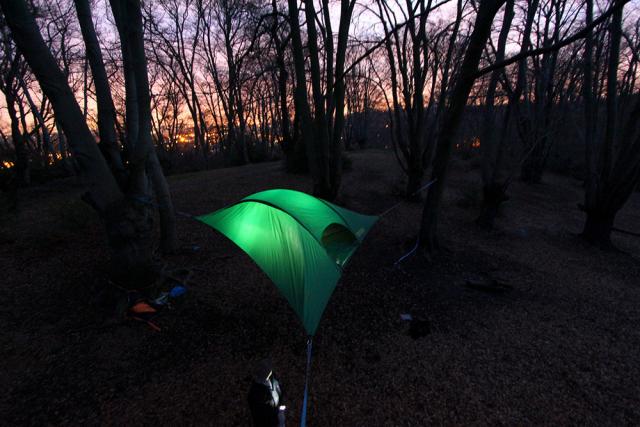 The Tentsile system was first conceived by Shirley-Smith in 2010 and after an early concept went absurdly viral around the web in 2012 the company hired another designer, Kirk Kirchev. The team worked through a series of 14 prototypes before finally releasing their first production model, the Tentsile Stingray, at the end of last year. You can learn more about this backpackable treehouse over on their website. 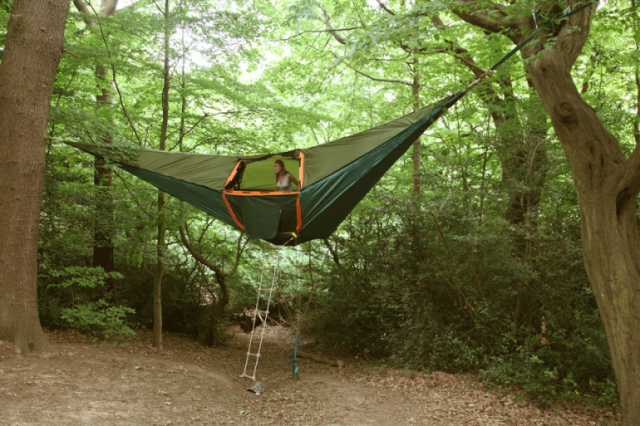 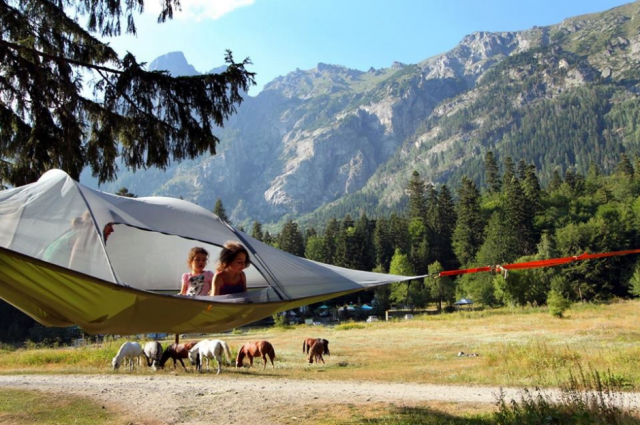 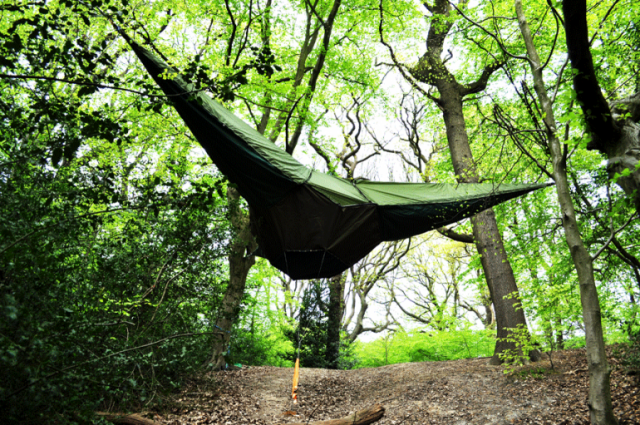 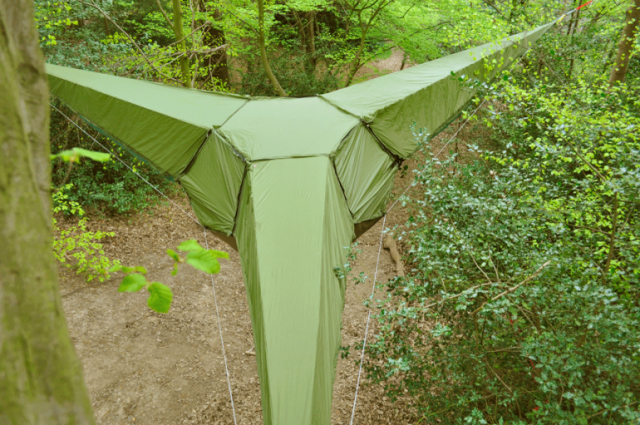 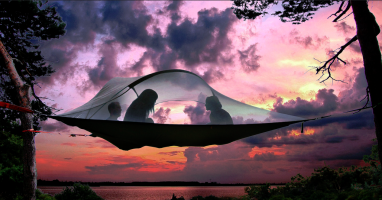 Sleep In The Trees With Tentsile Hanging Tents 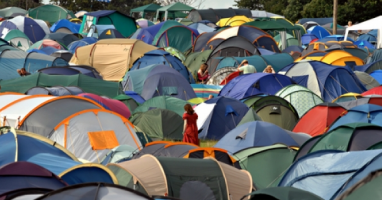