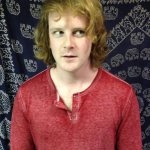 Vincent Cook has been toiling away for the past few months fighting upredictable weather trying to keep the terrain park in tip top shape, despite the warm conditions that shut down Mount Washington earlier in the season. The 48-year-old doesn't mind. After all, he helped build the alpine playground in the 90s, before the current wave of popularity brought extreme winter sports to mainstream attention with the explosion in popularity of the X Games and the newfound Olympic spotlight. 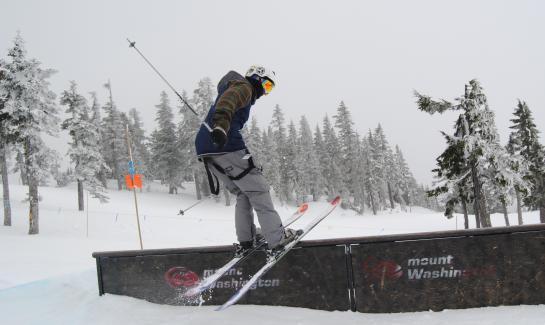 “Parks were just kind of starting back then," he remembers. "Definitely Whistler had something to do with getting things going. I was a skateboarder and always reading magazines and whatever. I mean there wasn’t a lot of money thrown at us." 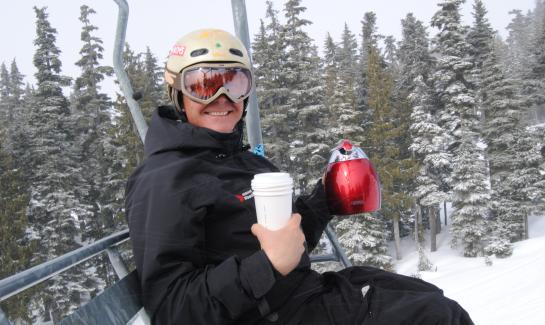 Now he's here at the 2014 Dakine Slopestyle competition ferrying double double coffee in a teapot-style thermos. And in the meantime the mountain has spawned world-class alpinists, such as slopestyler Spencer O'Brien, who represented Canada at the Olympics in Sochi this year. 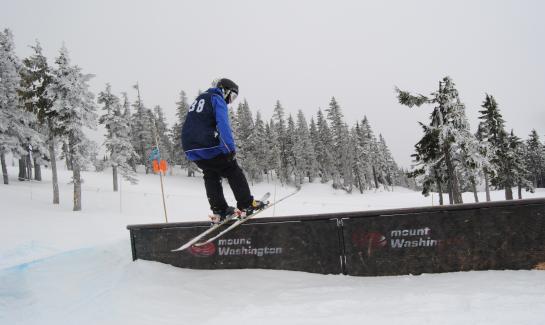 This year's event gave the next crop of winter athletes a chance to strut their stuff. There was a bit of a false start, as wet snow prevent the competition from going ahead the previous week. But on March 22 it was all systems go as youthful participants lined up at the top of the course ready to drop in, knowing they each only had two runs to make their mark. 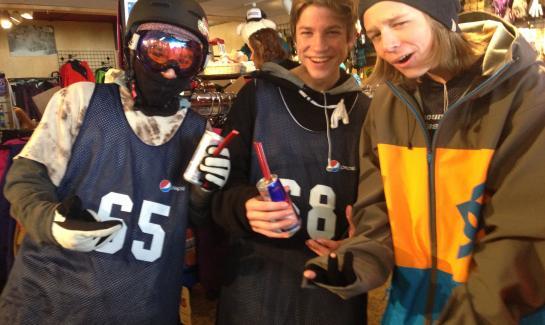 Brett Friedrich, 15, blasted some Black Keys to pump himself up for the event.
As far as he's concerened slopestyle is just one big adrenalin rush all the time.
“Once you hit the course a couple times it feels like mellow and chill," he said. "But the first run it’s just balls to the wall. You’ve gotta send it.” 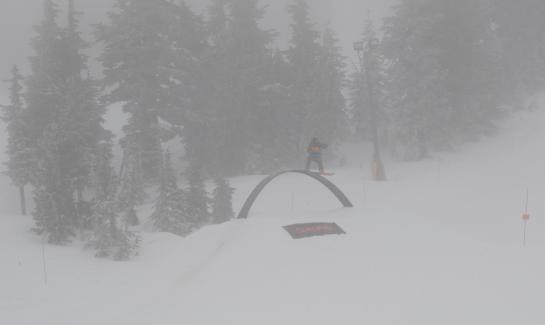 Skiiers and riders appeared to vanish into thin air thanks to the low-visibility conditions. But the snow provided ample speed and control for contestants. 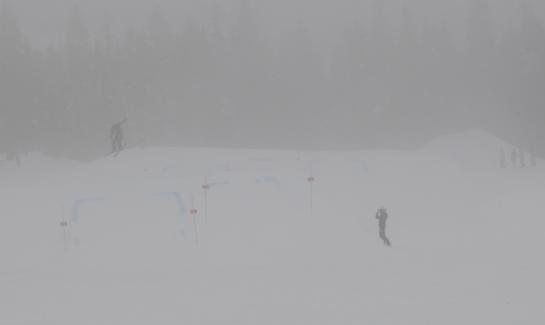 Trent Gammon, a 20-year-old Courtenay boy, almost missed the grab on one of his tricks, but was stoked to bust out a big cork 9 and managed a switch cork 7 on his first run.
“The course is pretty nice,” he said. “There’s paint on the landings, so it works out well.” 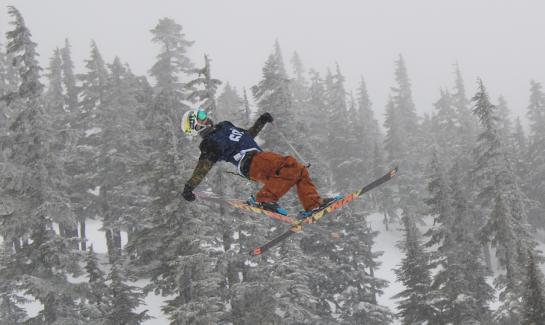 Ladysmith skier Sarah Rocque, 12, hit the course hard and was pleased with how she performed.
“I think I did pretty good,” she said of her two successful runs. “My last one was the best.”
She was most happy with the 360 she did off one of the features.
“I landed all my jumps,” she said. “I enjoyed it a lot.” 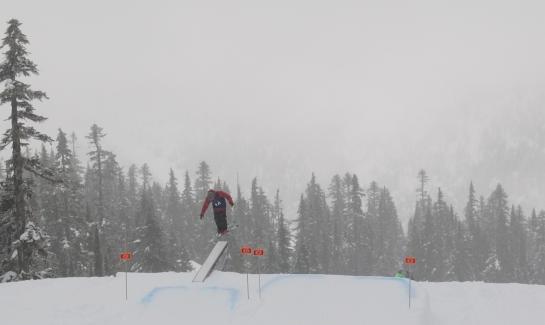 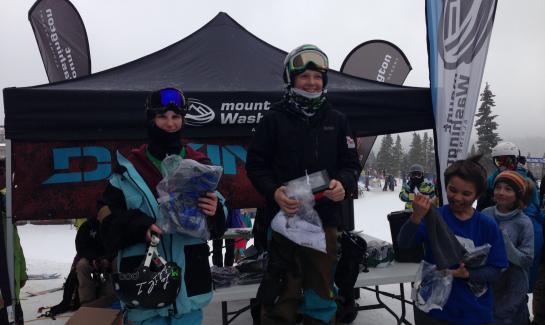 Dillan Glennie got first in the U13 female skiers category, Sarah Rocque got second and Jordan Hancock came in third. 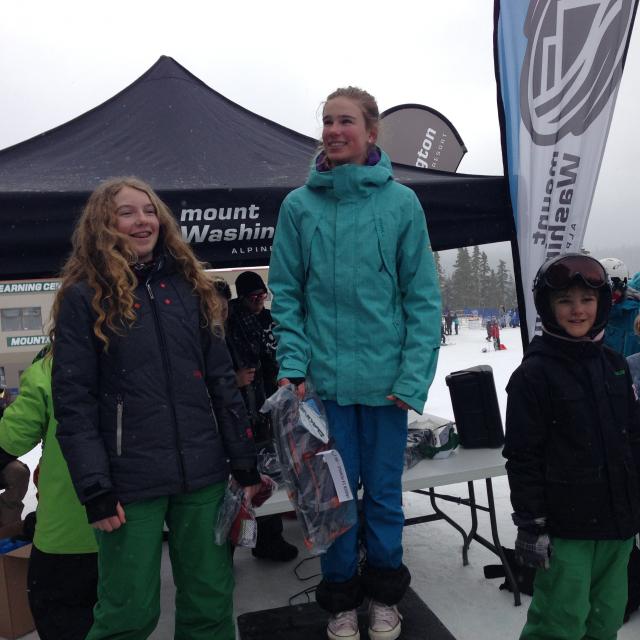 In the U13 male snowboarding contingent Markus Bergrinson took first prize, Sheaffer Crame came in second and Lukas Bergrinson nabbed the third slot on the podium. 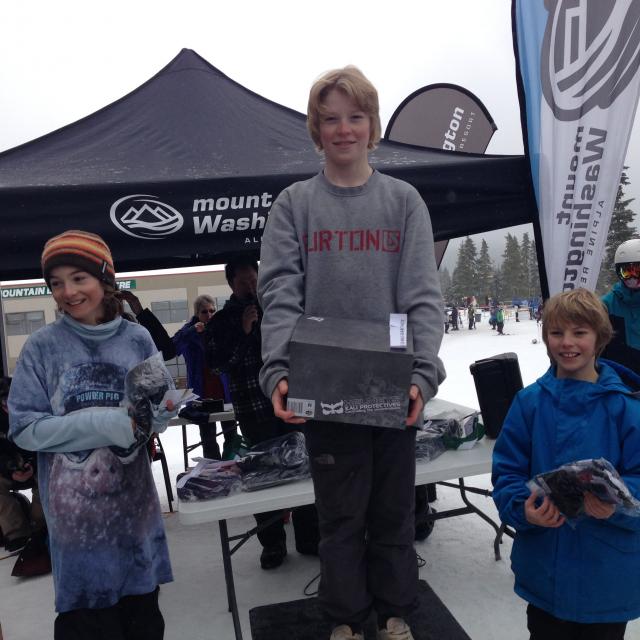 For 14-17 male skiers Alistair Bryce came up the big winner, with Liam Wallace-Tarry in second and Logan Frame and Spencer Hay tying for third.

“I had a good time,” Sketchley said reflecting on her big win. “I could have done better but it was a solid run for the day. I was glad that I did a right 3 and a left 3.”
Marcos Miranda threw down with a front 7 off the shocker element, and wound up first in the 14-17 male snowboard category, with Joseph Berginson in second and Troy Osmond picking up the third place ranking.
“I stomped everything I wanted to,” said 17-year-old Miranda, reflecting on the fun competition atmosphere. “I think it’s pretty cool. There’s a lot of young riders – not too many old ones.”

Alvia Noringseth picked up a win as the lone entrant in the 14-17 female snowboard division. 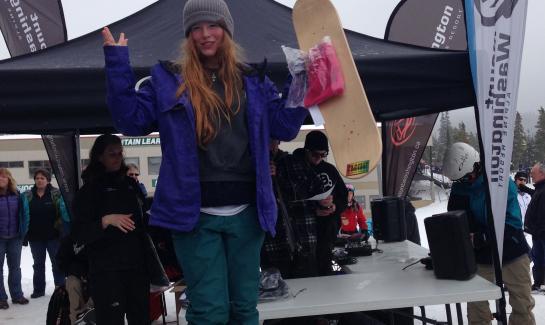 For 18+ male skiers Max Heard wound up in first, edging out Gammon who took second place with Peter Stubbs landing in third. 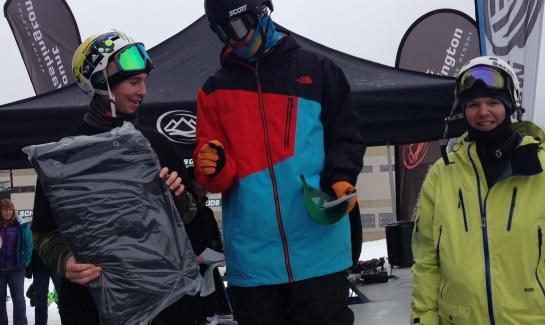 Heard figures it was his ability to bust out both left and right spins that one him the day.
“My second rail tick I’ve been struggling with the past few days,” the 21-year-old said. “But I managed to get on perfect and spun out of it super smooth.”

In the 18+ male snowboarding division Brandon Winslow beat out the other competitor Braedan Garrett for prizes and bragging rights. 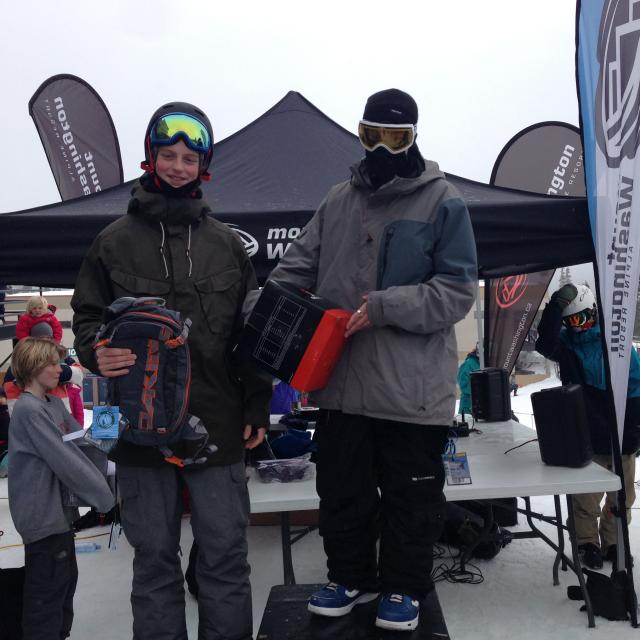 Heard echoed the other riders who felt overall like the event had been a successful trip up the mountain to battle it out with longtime and brand-new friends for supremacy on the snow. 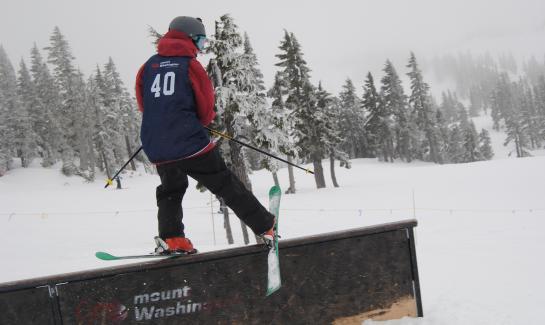 “They had it setup well and they pulled the park together surprisingly well for how little snow we’ve had all year,” Heard said. “It was a good event.” 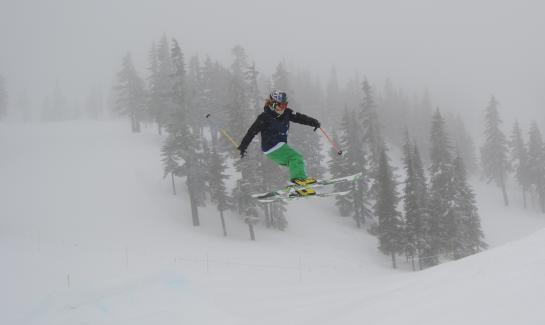 It was just nice to be out on the course shredding, he added.
“It feels pretty good," he said. "It’s been awhile since I’ve been competing. It’s nice to be back on top." 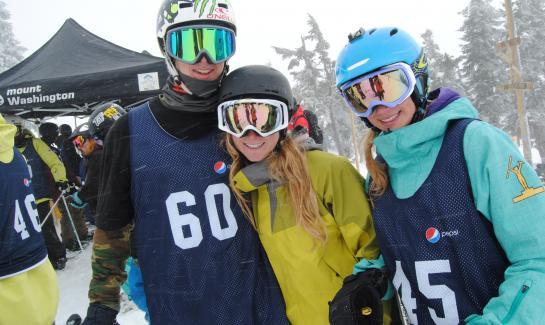 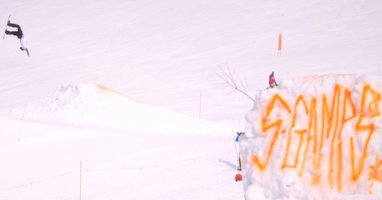 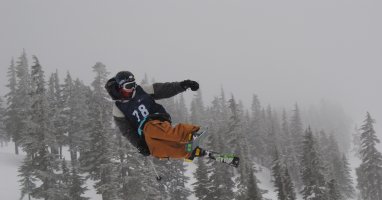